Donald Trump’s visit: No trade deal, but India and US sign three MoUs


The Central Drugs Standard Control Organization and the US Food and Drug Administration are the parties to the MoU. Sources claimed the two nations would focus on information exchange to help in capacity building.


The talks were expected to centre around medical devices, mostly the pricing regulation that India has on devices like cardiac stents. The US medical devices lobby is unhappy with the price regulations and proposals of trade margin rationalisation of devices and has indicated that such regulations hamper the introduction of innovative devices here.


Melania Trump during her visit to a government school | PTI

India has indicated all medical devices would be treated as drugs from April 1 and would be regulated under the Drugs and Cosmetics Act of 1940. The Medical Devices Rules, 2020, which will come into effect from April 1, requires all manufacturers and importers to register their devices with a central licensing authority after they have complied with the regulatory requirements. Domestic industry lobby groups have pointed out that for low-cost and low-risk devices there be some relaxation in norms of listing as the SMEs may find it unviable to comply with the norms. 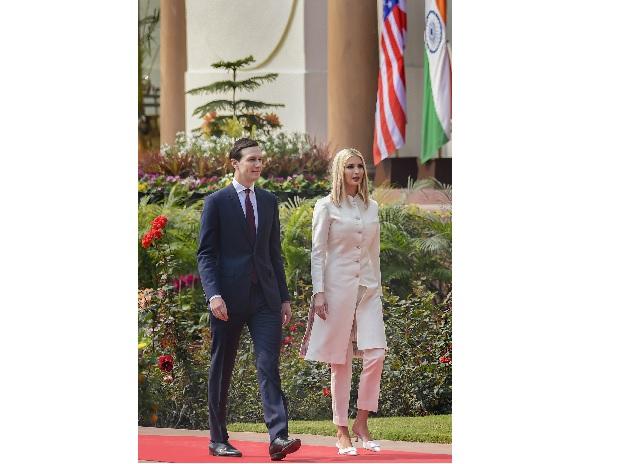 Another agreement clinched during the visit was between ExxonMobil, Indian Oil Corporation (IOC), and Chart Energy & Chemicals to establish a system of transportation infrastructure to expand gas access in India. The Indian LNG arm of the American company will supply gas for the purpose while Chart will help create “virtual pipeline systems” that will deliver liquefied natural gas by road, rail, and waterways to areas not connected by physical pipelines.


The parties will implement a gas infrastructure initiative that leverages LNG ISO inter-modal containers to move gas as a reliable, cleaner and cost-effective fuel. A pilot project would be developed and a road map for mobile gas infrastructure expansion at scale will be created to improve access to an abundant and cleaner fuel source.


Joint measures are expected to be announced soon.