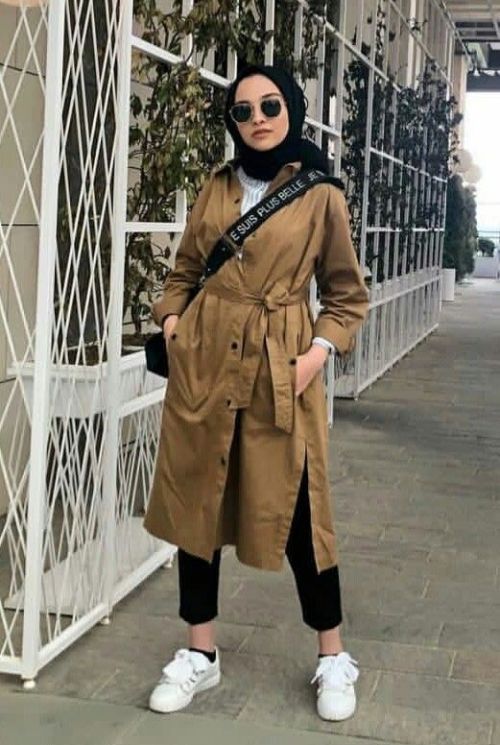 As girls step into adulthood, they begin to understand the significance of a number of things including their dressing, their religion and their place in society. Some young women begin their quest for learning more about these factors around the time they begin college, and go through certain phases to eventually evolve into the women they become. Due to this very reason, trendy and fashionable Hijabs are a much more common sight amongst the young Muslim women in numerous colleges and universities across the United States than the traditional black hijabs worn by older women.

Although girls belonging to religious families seem to comprehend the importance of wearing hijabs in Islam, certain women feel the need to experiment and research on their own accord to come to the conclusion about its importance. This leads to testing and trying a number of outfit variations before settling for something that they feel confident about. Many young girls who already wear hijabs at the time of entering college also get influenced by the stylish ones on display around campus.

This is the most important factor behind finding hip and trendy Islamic clothing stores conveniently located near university and college campuses and in particular around university towns with large number of Muslim students. These boutiques feature funky, fashionable and distinctive styles in all clothing items including hijabs and abayas. This allows the young women to figure out what they prefer to wear the most.
Colours and styles are another important element which the young women take into account when selecting their signature Hijab. Different colours have different effects on the varying skin tones and face cuts.

Similarly different styles in which hijabs are worn also contribute a great deal to the overall appearance of the person. For certain women, a square scarf wrapped around the head looks the most elegant, whereas for others, a rectangular one with one end loosely draped across the forehead adds a touch of gracefulness. Therefore it is important to try out different styles and colours before selecting a few that compliment your eye colour, complexion and facial structure the most.

All these aspects play a substantial role in young women’s lives as being young is the other name of being fashionable. All girls love to dress up and look their best particularly in their teen ages and early twenties. Being trendy and fashionable is often a prerequisite to being a girl, regardless of religion, ethnicity and age.

Sohail Khan works for Islamic Impressions which specializes in retail and wholesale products for the Islamic market and stocks a wide range of hijabs including the latest Palestinian design hijabs available in a wide range of colors.