The Covid-19 pandemic has made Indians understand that necessity of taking a health cover, something that the insurance industry could not do so far despite all their campaigns.


But the crisis has also brought in a new challenge for general insurance providers, with claims doubling every 30 days. Even as health insurers have liquid assets of at least 50 per cent of their claims, this is a huge business risk that will continue to hang over their heads till there is a lid on the crisis, top general insurers said at the Business Standard virtual conclave Unlock BFSI 2.0.


The Covid-19 plans were not mandatory to begin with, but insurers stepped forward and extended the plan for all. And there are also some standalone plans, such as Corona Kavach, or Corona Shield that can be taken on a need basis by customers.


The insurers had no idea how to price the product, and what the risk involved would be. They ended up pricing the products based on existing data.


But the jump in the health claims have somewhat been “compensated by the lower claims on motor vehicles,” according to Rashtrawar of IFFCO Tokio. The nationwide lockdown allowed fewer vehicles on the road and therefore, less accidents.


“Coronavirus type events are business risks that we have to look on a multi-year basis,” said Gulati of Religare. 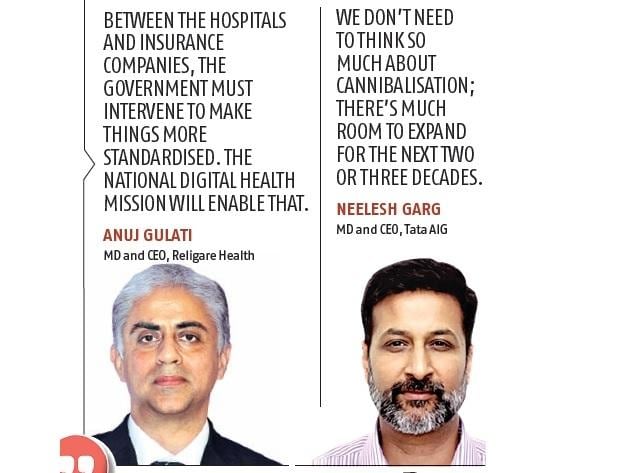 But such volatile events are on the rise in India, coming almost in tandem with Cyclone Amphan in West Bengal, and these will likely make the balance sheets of insurers very volatile,” opined Garg of Tata AIG.


All these will probably push up the premiums for the customers in the long run. 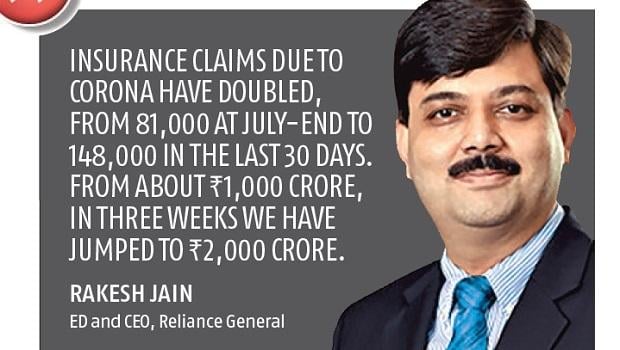 The insurers also discussed hospital charges, which differ widly among establishments. Insurers held many constructive discussions, but health being a state subject, and due to the lack of standardisation and a national regulator, there has not been much of a breakthrough in this sphere. Ultimately, this also pushes up the cost for customers.


“We have to work with our network of partners, but if you cannot keep the cost under control, as it goes up, the premium goes up. Insurance is basically pooling of premiums,” said Dasgupta, of ICICI Lombard.


The panelists said a national level regulator in insurance, who could keep hospitals under check is an urgent need.


But hospitals are not necessarily dependent upon insurance companies for their revenue. Most of the patients are not insured.


And that perhaps makes underpenetration of insurance a serious issue as well as opportunity. Insurers said the reach of insurance is so limited in the country, that there is no question of cannibalism, at least in the next two to three decades.


The covid crisis has made people digitally savvy, irrespective of their ages. And that offers a great opportunity to expand the reach. Insurance companies have enough digital assets, and inspections for claim settlements have been done on video calls, or even by flying drones in times of Amphan.


Going forward though, the youngsters may want need based insurance, and for specific short periods, the insurance companies ready for that too. They certainly have the digital assets, and hope that in a few years, customers will draw a sunset to their old habits of visiting branches, or even insisting on a physical policy paper.